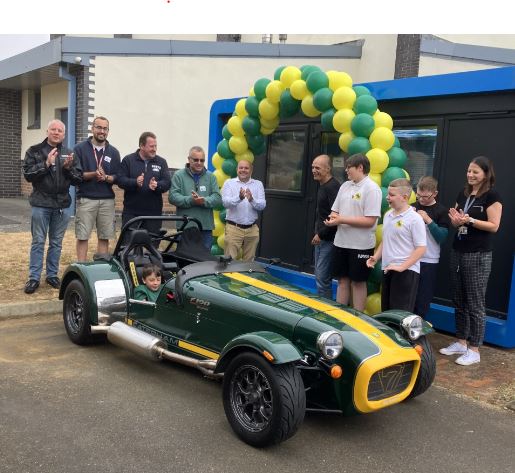 Greenfields Academy, based in Grantham, is a Specialist School for SEMH pupils (Social, Emotional, Mental Health) aged 5 through to 16 years.

The school reported previously that they were raising funds to install a stand-alone ‘Therapy Hub’ in the school grounds to deliver essential therapies and confidential counselling to pupils.

“We concentrated our fundraising efforts around the completion of a previous engineering project by pupils from the school that was hindered by a break-in. Pupils had partially built a Caterham 7 Roadsport Kit Car as part of their vocational lessons but were left devastated when some of the parts were stolen.

A number of people from the Caterham community on Facebook got to hear of our dilemma, stepped in to help and we cannot thank them enough for all their expertise and support. Thanks to them, the missing parts were replaced, the car build completed, tested and registered for the road, and they even helped us secure a buyer for the car who has brought the car back for us to see today!

All proceeds from the sale of the car went towards the installation of the new Therapy facility at Greenfields.” 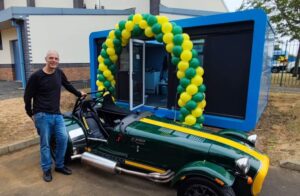 “The difference the Therapy Hub is making to pupils is immense. We are now providing these young people with a safe and confidential space in which to focus on their therapy without any distractions. I am very grateful to everyone who helped bring this project to life.”

The Covid pandemic has hindered the school being able to hold an official opening but thankfully they have now been able to do so.

“We became aware of Greenfields Academy’s plight through Facebook. We bought together a group of owners and suppliers to help raise funds to procure the necessary parts to finish the car.

We were overwhelmed by the response quickly raising over £4,000. The car then passed its IVA test, something all new kit cars have to pass before becoming road legal, and a buyer was found, raising the school £23,000 for the project.

Along with some of my colleagues, we are delighted to finally be able to visit the school today to see the new Therapy suite in action.

It has also been a pleasure to let the pupils see some Caterham cars up close too!” 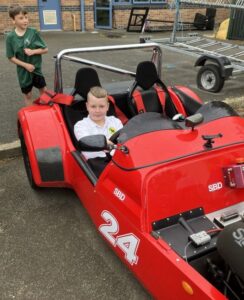 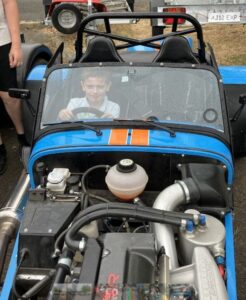 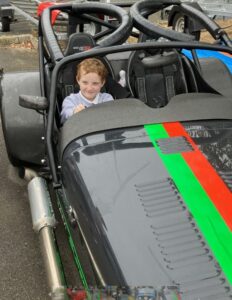