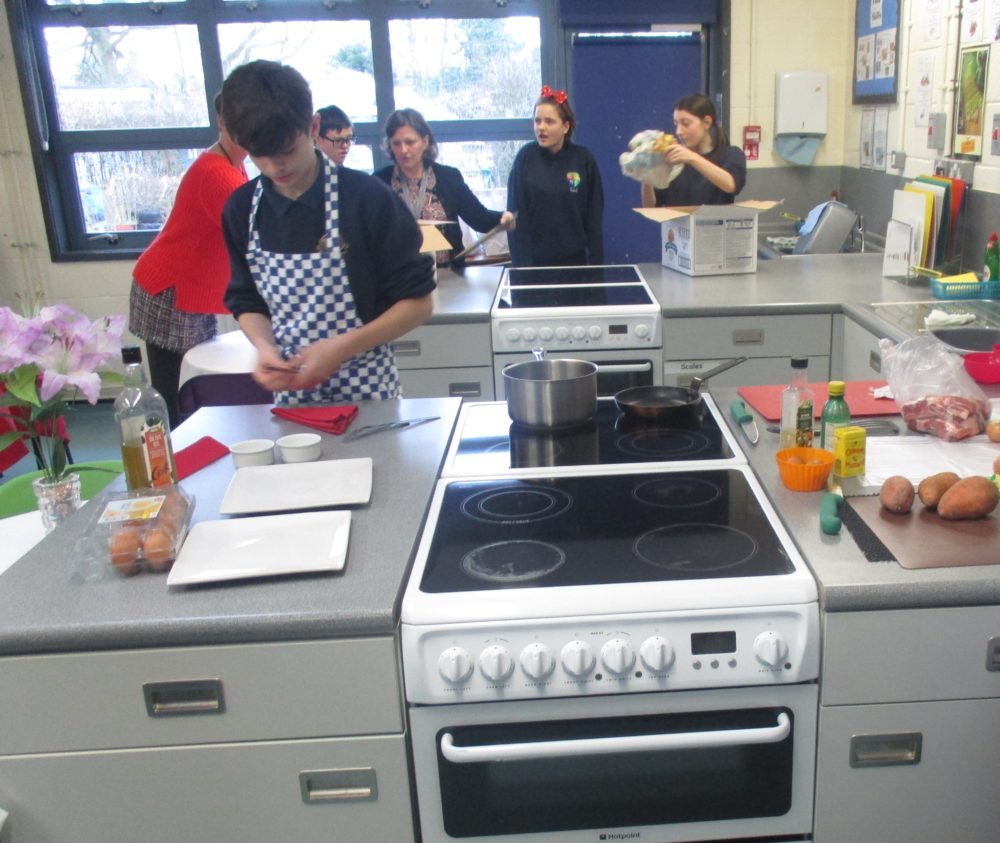 On Friday 8th February, pupils from Ambergate Sports College and Greenfields Academy in Grantham were invited to Woodlands Academy in Spilsby for a friendly cooking competition.

Sharney Presley, Jack West-Sadler and Amelia Toynbee from Ambergate, and Adam Hewerdine and Oliver Hibbitt from Greenfields, travelled to the school in Spilsby, for the bake-off style contest, with the brief of: ‘cook a main meal from scratch’. They met up with Woodlands pupils, Billy Holstead and Trevor Sinclair, on arrival.

The pupils all took their own ingredients and used the food tech facilities at Woodlands. Each school team cooked independently and the staff observed correct Health & Safety of the pupils while they were cooking. 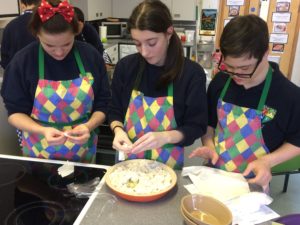 The allotted time was to cook the main meal from scratch in two hours, which was to include the housekeeping of the food areas, and serve it to the table, set for two diners.

Six Woodlands Academy staff made up the panel of judges. After much deliberation the judges placed the Woodlands pupils in 1st place. They were unable to decide 2nd and 3rd place due to the high standard of the food served, so placed both Ambergate and Greenfields as an equal 2nd.

Mrs Capindale, Ambergate TA, said, ‘Although we didn’t win the competition, the pupils were extremely proud of themselves and they were great ambassadors for the school. We received fantastic feedback from the Woodlands Academy judges about our delicious pie. Greenfields Academy have volunteered to host the re-match, which will be puddings, and we are looking forward to it. Watch this space!’