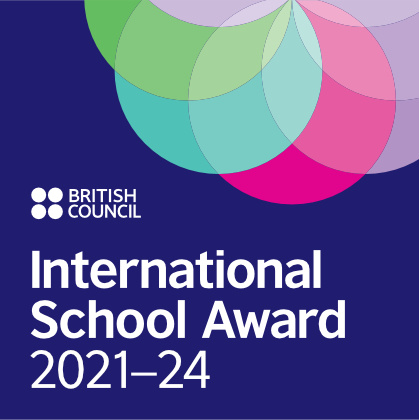 GANF (Ambergate Sports College and Sandon School) based in Grantham has been awarded the British Council’s prestigious International School Award in recognition of its work to bring the world into the classroom.

The British Council International School Award started in 1999 to recognise the schools leading the way in instilling and developing a global dimension into the learning experience of all children and young people. It is managed by the British Council and celebrates its 20th Anniversary in 2019.

The International School Award celebrates the achievements of schools that do exceptional work in international education. Fostering an international dimension in the curriculum is at the heart of the British Council’s work with schools, so that young people gain the cultural understanding and skills they need for life work in today’s world.

GANF’s international work includes activities such as ‘Microsoft TEAMS sessions with their partnership school in Germany – KBZO’, a ‘Values Project’, ‘Articles of the Week’, and the ‘Euro 2020/Sports Day 2021’.

On hearing the news that GANF had received the award, Stela Plamenova, Executive Headteacher said:

“At GANF we believe that learning about other cultures enriches our lives and inspires others to think as global citizens. As part of a broad and ambitious curriculum, we continue to offer a range of activities with international focus for all age ranges. GANF’s hard work over the years has been recognised and certified again by the British Council through the reaccreditation process. Well done to the whole school community for this great achievement!”

Scott McDonald, Chief Executive of the British Council, said: “The schools have earned this prestigious award through their inspirational international work and links with schools abroad.

The International School Award is a chance for schools to be recognised for their important work bringing the world into their classrooms. This is especially commendable when schools have been deeply affected by the global pandemic. The desire to build on their international work shines through and it is with upmost pride that we celebrate their achievements.

By embedding an international dimension in children’s education, these schools are preparing their students for successful lives in the UK or further afield, empowering them to be global citizens, and are creating vital opportunities in an increasingly global economy.”

The Award is now available worldwide in countries such as India, Egypt, Lebanon, Nigeria, and Pakistan. Over 6000 International School Awards have been presented to successful schools in the UK since the scheme began in 1999.

The International School Award encourages and supports schools to develop: