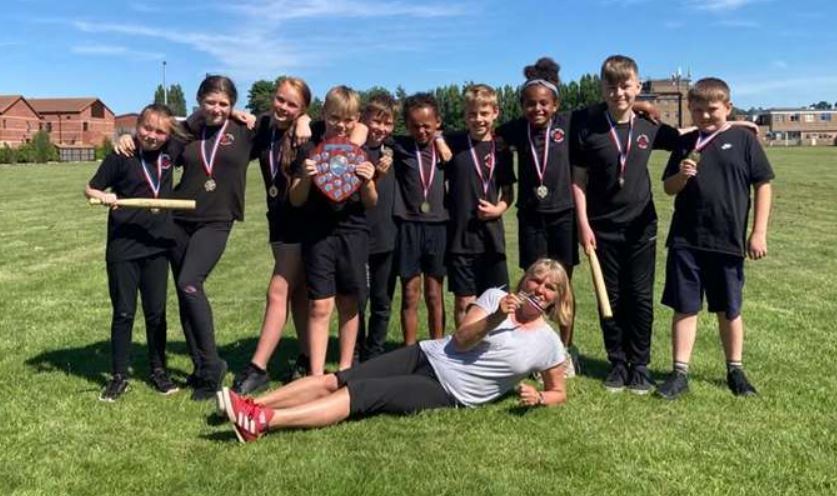 The Grantham Schools Rounders Tournament was held recently at the King’s School playing field with more than 18 teams across the Large and Small Schools categories, it was set to be a great day of rounders.

Isaac Newton Primary School have enjoyed great successes over the years in this event and lots of practice and hard work went into preparing the children.

The team began in a league with three other schools from across the Grantham area. With some super hitting, they were able to win all their games and progress to the semi-finals. Following a hard fought game against Huntingtower, they secured the win and moved on to the final against Long Bennington’s first team.

After an inspiring team talk and discussions on how they could step up their game, Isaac Newton fielded exceptionally well, allowing little room for the opposition to score many rounders. And after a long day of hard work and super team spirit, they were victorious – a fantastic achievement!

“The team have worked incredibly hard over the past few weeks to perfect their game and to use tactics to their advantage. A special mention has to be given to Harrison for his awareness of the game. Playing in back stop position, he was able to read the play well, used tactics and encouraged all the players on his team.

“Well done everyone for being such superstars all day and a special thank you to Mrs Walker and Laura for all their hard work with the team.”

[Story and photo courtesy of The Grantham Journal]