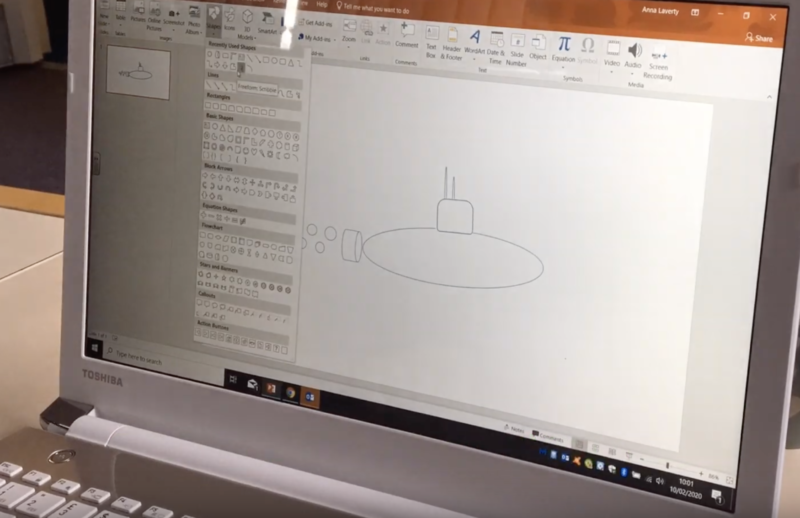 Post-16 pupils at The John Fielding Special School are currently undertaking week-long work experience placements with various companies in and around the Boston area.

After showing an interest in media, an avenue he wishes to explore at college, 19-year old Marius joined up with the PR and Communications department of C.I.T Academies to explore different aspects of the media world.

Here is what Marius achieved during his week with the Multi-Academy Trust:

Marius designed a school logo using Microsoft PowerPoint, creating all of the objects without any templates. He then explored Stop Motion Animation, taking over 150 pictures to put together an animation film about a school.

With John Fielding’s Headteacher set to take on the London Marathon, Marius was also tasked with directing, editing and producing a promotional video using iMovie. He developed his own ideas which included using the running track at a nearby school. Marius called the nearby school office and organised the video shoot for Wednesday.

Marius took John Fielding’s Headteacher, Richard Gamman, to his video shoot. With a clear idea in mind, he told Richard exactly where he needed him to be and what he needed to do. Marius then put together a stunning one-minute video before publishing on social media with 2,000 hits in the first fortnight!

The day then concluded with a visit to each classroom at John Fielding, capturing the lessons of each class. Marius then used these to put together a Green Screen Video with a member of staff explaining what each class was doing.

A task-based day, Marius went around each member of staff to ask them for an opinion on how a school logo should look. Using their ideas, he set to work on another new logo and poster idea.

Take a look at all of his content right here: https://www.youtube.com/watch?v=rLBYN4UH6NI&feature=youtu.be&safe=active

*If you are part of/know a business or organisation in the Boston area who would like to work with a dedicated pupil from John Fielding Special School for their Work Experience, please contact Anna Laverty on 01205 363395.