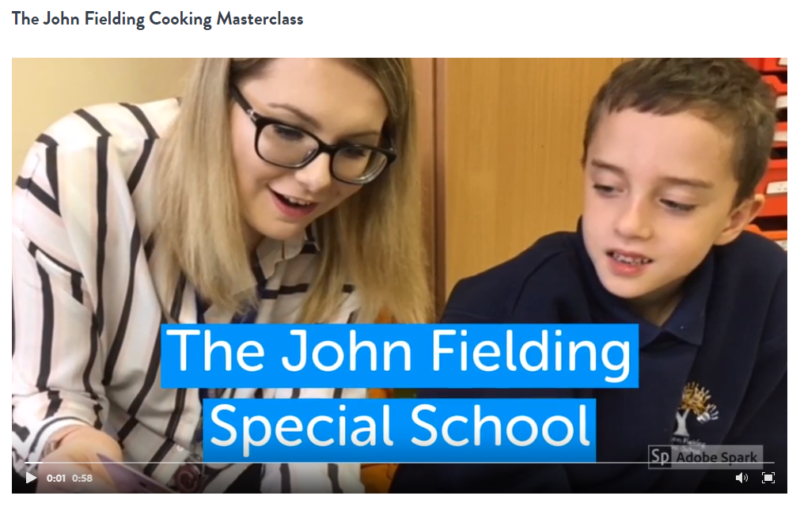 Pupils from Dolphins Class put their culinary skills to the test as they celebrated Thanksgiving with their peers.

The morning at John Fielding School started with the Dolphins’ café. The oldest students in the school made an array of Thanksgiving treats including ‘turkey drumsticks’ (skilfully made out of rice krispies), sweet potato pie and a cranberry salad.

All classes were invited to spend some time with their older peers as the post-16 students split into roles to take the orders, make drinks and serve the food. Such a task is aligned with the John Fielding mission of developing the skills of their young people so they are prepared for life beyond school.

The Dolphin Café takes place every week and is enjoyed by every pupil as a whole school event, developing teamwork and social skills.

Yet that isn’t the end of the cooking exploits for the John Fielding pupils on a Friday. After voting on what they would like to eat and doing a food shop earlier in the week, the post-16 pupils also cook dinner for the day. Continuing the Thanksgiving theme, chicken was on the menu for this particular week with peach cobbler for dessert.

Pupils again took on different roles with specific targets as some peeled the vegetables and others prepared the meat whilst following instructions. It is clear to see just how much every youngster enjoys their specific role as a part of the team.

And the meal really did taste as good as it looks!

Lucy Allen, Class Lead, explained: “The children are working towards their OCR Life Skills qualification in a holistic way that embeds life skills for when they leave school. They really enjoy cooking and do a fantastic job of working together.”

CLICK HERE to watch a short film about the day.