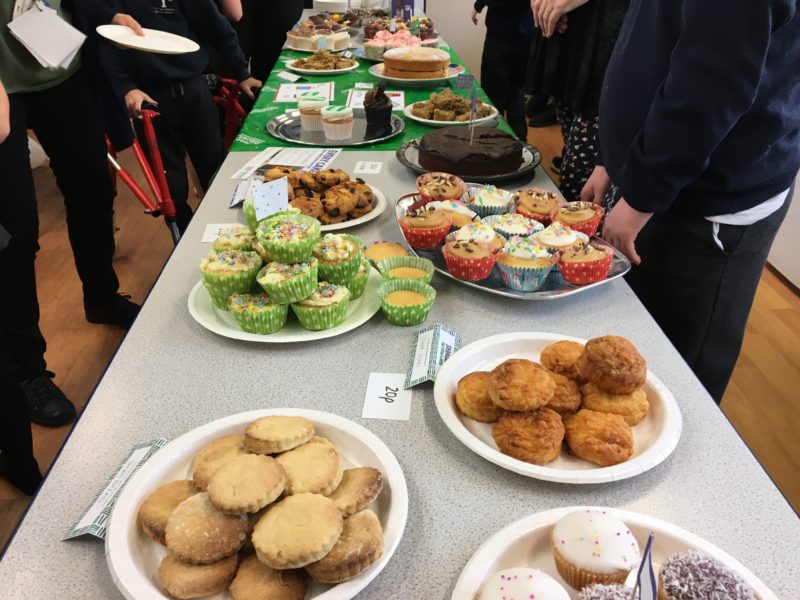 Friday 27th September was Macmillan Cancer Support’s World’s Biggest Coffee Morning, where people across the United Kingdom held coffee and cake stalls to raise funds in aid of the fight against cancer.

John Fielding Special School did their bit for the cause with Seals Class hosting their own coffee morning and inviting their peers and the local community to enjoy a coffee and cake.

There was a vast array of different cakes available, baked by parents, carers, staff and pupils, ensuring nobody went hungry on Friday morning!

Assisted by post-16 pupils, the event was a great success with some fantastic serving from the pupils and lots of happy faces amongst the visitors. The chocolate cake was particularly popular!

The first ever Coffee Morning happened way back in 1990. It was a much smaller affair with a simple idea: guests would gather over coffee and donate the cost of their cuppa to Macmillan in the process. It was so effective, they did it again the next year – only this time nationally. Since then, Coffee Morning has raised over £200 million for Macmillan.

John Fielding Special School would like to thank everyone who made, baked, donated and bought cakes for the coffee morning, raising £160.70.

You can see a short film about the morning here.