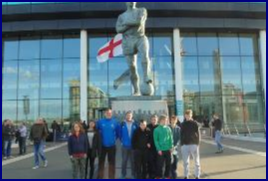 At Woodlands Academy as part of the Year 11 Bronze Duke of Edinburgh Awards they ran a camping residential combined with a visit to Wembley Football Stadium to watch England in a world cup qualifier! The trip helped increase camp craft skills required to pass their expedition later in the year, as well as offering unique opportunities and increasing confidence and teamwork.

As part of a team the students set up their tents on arrival at the camp site before travelling into London to have a meal together. After the game we returned to the camp site and began to build a camp fire so we could eat some marshmallows and let some of the boys partake in group discussions before retiring to our beds.

In the morning the group had to pack away their tents and camping equipment before cooking breakfast and making tea on the stove. It was a big learning curve for a lot of the group which left them feeling a lot more confident ahead of their expeditions.

Well done to all those who took part. 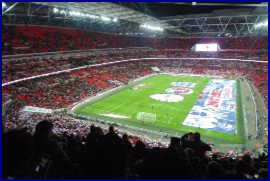 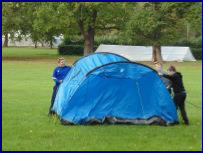 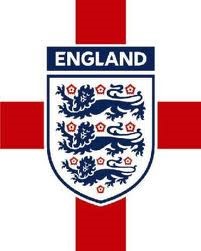