A day of family fun at The Priory and The Garth 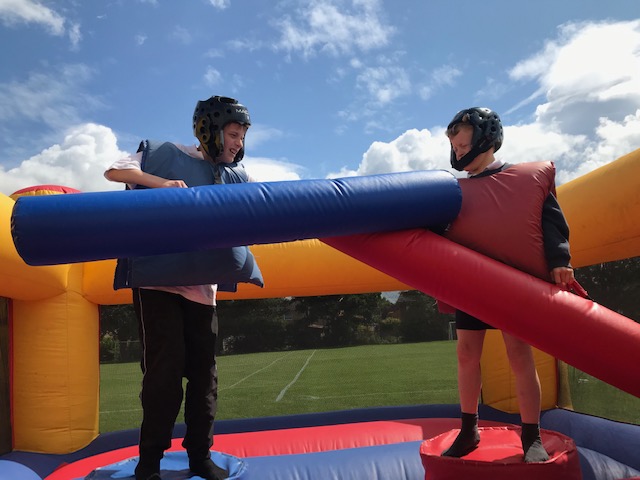 Both schools in The Spalding Special Schools Federation enjoyed a day in the sun as they celebrated Sports Days and the Federation Family Fun event.

Families were welcomed to both schools for a morning of Sports Day activities. A range of different races took place at The Garth, including an obstacle race that involved going under an army net and the ‘getting ready for school’ race which included washing your face and cleaning your teeth with a giant toothbrush.

Over at The Priory, a series of activities were taking place in a carousel format. Pupils were split into ten teams named after sports stars with each group having a go at every activity for ten minutes. Various skill sets were encouraged with stations ranging from darts to inflatable Gladiator bouts.

The Priory finished their morning of sporting fun with a series of races for double points. Yet it was the staff that came out on top against a team of pupils and two teams of parents and carers in the 4 x 50m relay race. The overall winning team was Flintoff, named after cricket star Andrew Flintoff, accumulating the most points ironically on the day England played their Cricket World Cup semi-final.

Yet the fun did not end there as pupils from The Garth travelled over to The Priory to join their peers. Families enjoyed pulled pork rolls made by the fantastic on-site catering staff. There was then the opportunity to partake in a series of activities, including football matches and the giant bouncy castle obstacle course.