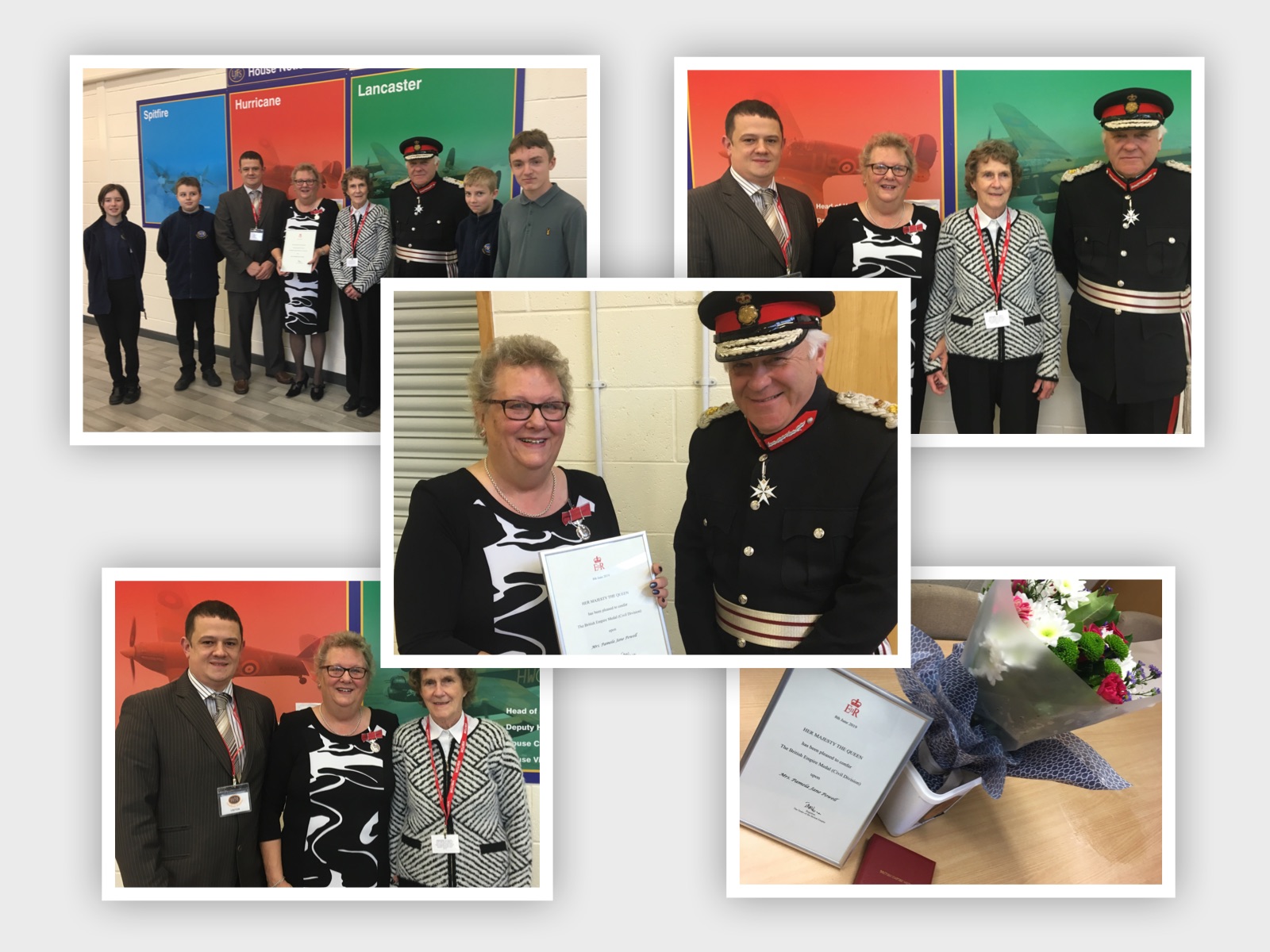 Monday 25th November was a special day for Pam Powell, Chair of Governors for five C.I.T Schools, not only because it was her birthday but also as she was presented with her British Empire Medal from Her Majesty’s Lord-Lieutenant of Lincolnshire, Mr Toby Dennis.

Pam receives her medal for services to education after a career spanning four decades, despite ‘retiring’ as a Headteacher ten years ago.

The ceremony was held at Woodlands Academy in Spilsby, the first of Pam’s schools as Governor, before she took on roles at Chapel St Leonards Primary School near Skegness, Greenfields Academy, Ambergate Sports College and Sandon School in Grantham.

Guests included representatives from the respective schools, including fellow Governors, members of Pam’s family and pupils from Woodlands.

Peter Bell, CEO of C.I.T Academies, explained, “Pam works so hard because she wants to make a difference to young people’s lives, particularly some very vulnerable pupils, helping them go home with a smile on their face.”

He added, “For somebody who doesn’t actually work for us, but works in partnership with us, she does a full-time role across the organisation. Pam looks after and helps youngsters and is a wise voice to many of the senior leaders within the Trust.”

Her Majesty’s Lord-Lieutenant of Lincolnshire, Toby Dennis, exclaimed, “Schools are wonderful because of who is in them, dedicated people like Pam. She is representative of British Values and it gives me great pleasure to present Pam Powell with her British Empire Medal.”

An emotional Pam acknowledged, “Thank you for all the kind words, but it has been a privilege to work as a Governor and then a Chair of Governors, and I was grateful Peter asked me to go across to other schools to fill a void in my life. You need to keep yourself busy to keep the mind and body going.

I appreciate everything you have said and it’s a pleasure working alongside so many dedicated people. That is why I do the role because you are all enthusiastic and keen to do the best you can for the pupils, and that’s what it is all about.”

Everyone at C.I.T Academies would like to extend their warmest congratulations to Pam on such well-deserved recognition.