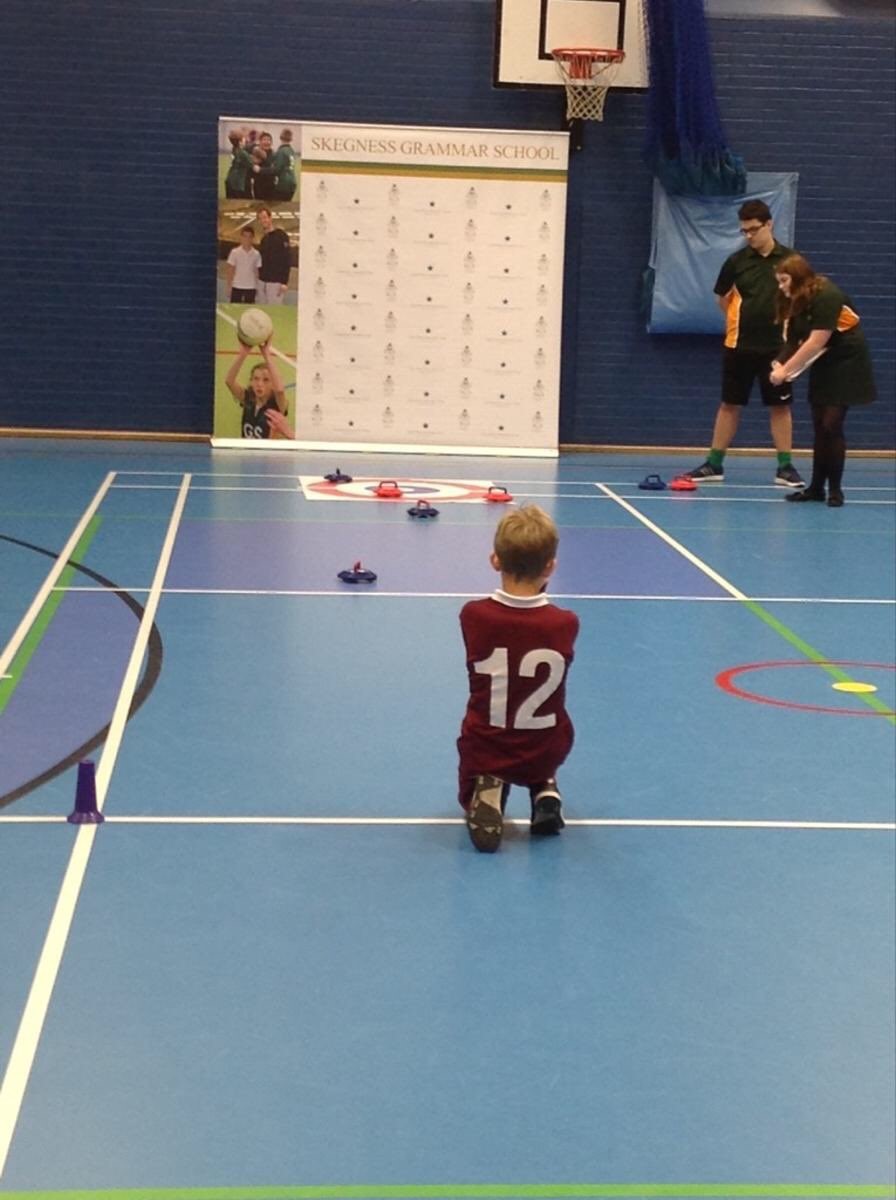 Pupils from Chapel St Leonards Primary School are thrilled they have qualified for the New Age Kurling County Games taking place later on this year in July. They will compete against regional winners from the other Sports Partnership events that have been taking place across Lincolnshire.

New Age Kurling is a form of the original curling sport, traditionally played on ice. Teams take it in turns to deliver four ‘stones’ from one end to another but this time on a flat, indoor surface. Scoring is determined by the number of stones closest to the centre of the target with a series of ends constituting a match.

Chapel St Leonards took three teams to the competition, all of whom finished second in their group after losing just three of their ten games between them. As Team 3 were victorious in their other three matches, they qualified as the best runners-up for the semi-finals before really finding their range to go on and win the entire competition.

Macy-Jai, a Year 5 pupil from the winning squad, explained: “I felt really excited to be part of the team. When it first started, I was happy but nervous because the hall was huge! I can’t believe that we get to go to the County Games. We will practice lots so we are confident when we get there and do our best – I hope we can win.”