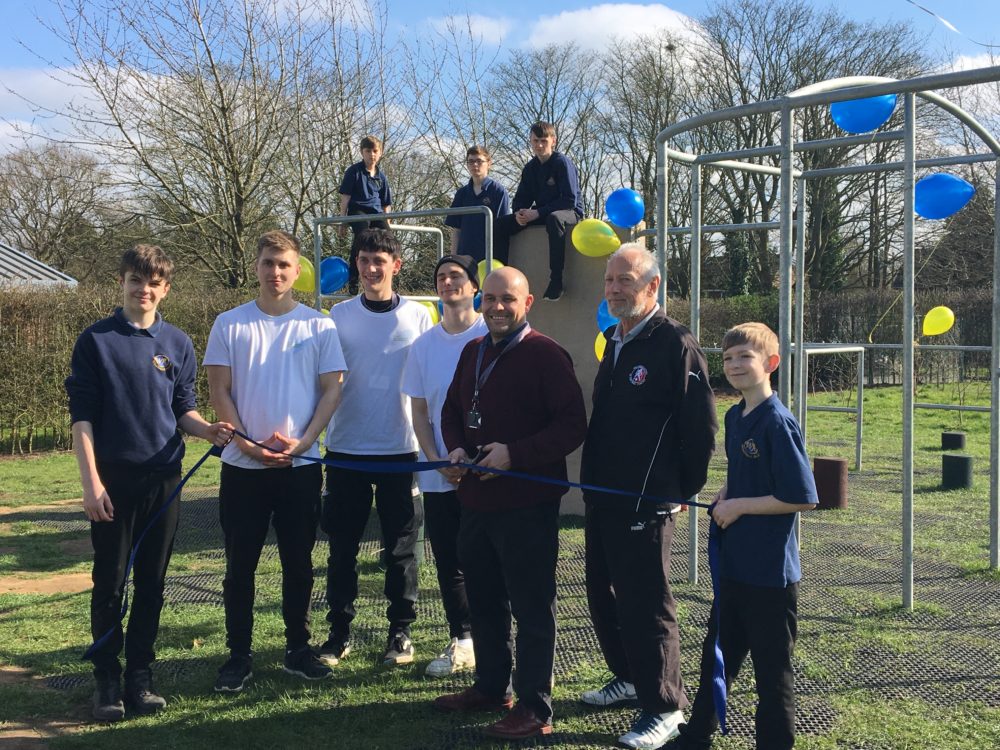 Woodlands Academy in Spilsby welcomed East Midlands Parkour Coaching to showcase a series of workshops ahead of the grand opening of the new Parkour facility.

The new resource cost £15,500 to build with £2,500 of funding coming from Bernard Sunley, the same total from the Medlock Trust and £10,000 awarded by the National Lottery. Gilbert Lane Trust also donated £500.

Due to the complexity of children’s needs at Woodlands Academy, traditional approaches to physical fitness and emotional wellbeing often do not engage or motivate the school’s pupils. However, many of the pupils are very interested in Parkour and currently engage in free running activities outside of school within their communities.

East Midlands Parkour Coaching travelled from Derby to introduce the pupils to new ideas and skills that could be developed on the facility. Along with training and demonstrations, they also provided discussion into the history of Parkour, general information regarding practising and safety, and the future of the sport including its official sport status and integration into society.

Ten Construction, specialists in urban playground facilities, installed the new facility – Parkour is an attractive discipline because participants are free to use their imagination and be as creative as they wish about the way in which they challenge themselves. It is an extremely physical sport and attractive to young people, engaging them in exercise in a non-traditional way.

Pupil, Ollie Ransdale (11), is loving the new Parkour circuit, “It’s so much fun because there aren’t any limits or rules, you can do any moves you like.”

Chris Armond, Executive Head said, “This is a fantastic new facility for our pupils, it develops their fitness in a safe space. We are extremely grateful to the four funders who have made this possible. Having East Midlands Parkour Coaching spend the day with the children today, has been such a success. The children have been so engaged.”