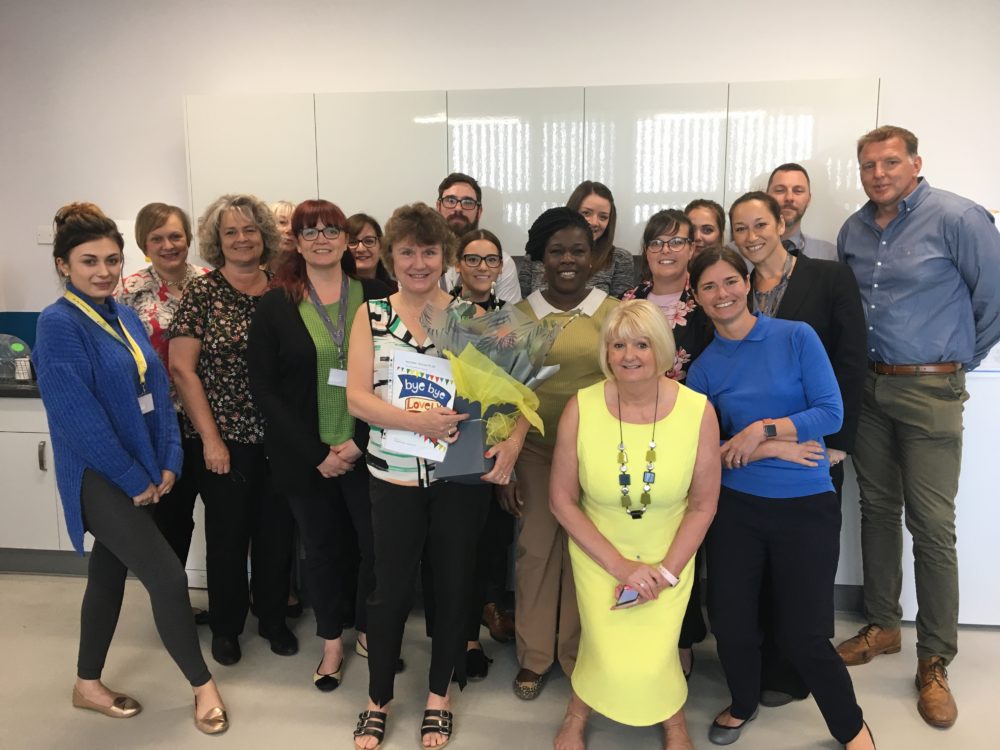 April marked the end of over two decades of provision for Amy Hodson, who leaves her post as Central Finance Officer at C.I.T Academies.

Amy started working at Ambergate Sports College in a temporary role as School Secretary back in 1995. After successfully applying and being accepted for a permanent role, Amy added the position of Clerk to Governors to her already growing list of responsibilities.

As the clock ticked into a new Millennium, she continued to progress with her career, becoming School Administration Assistant in 2002 and then School Bursar in 2008 after undertaking a full Business Managers course.

Amy’s incredible journey came to a close on Friday 31st April with colleagues noting a series of memories that Amy leaves behind from her working legacy. Many will miss her positive aura that radiated energy around the teams she worked with.

Amy will now spend her retirement pursuing a love of gardening that derived from undertaking a Horticulture course to support pupils at GANF schools back in 2003.

We wish Amy all the best for the future!