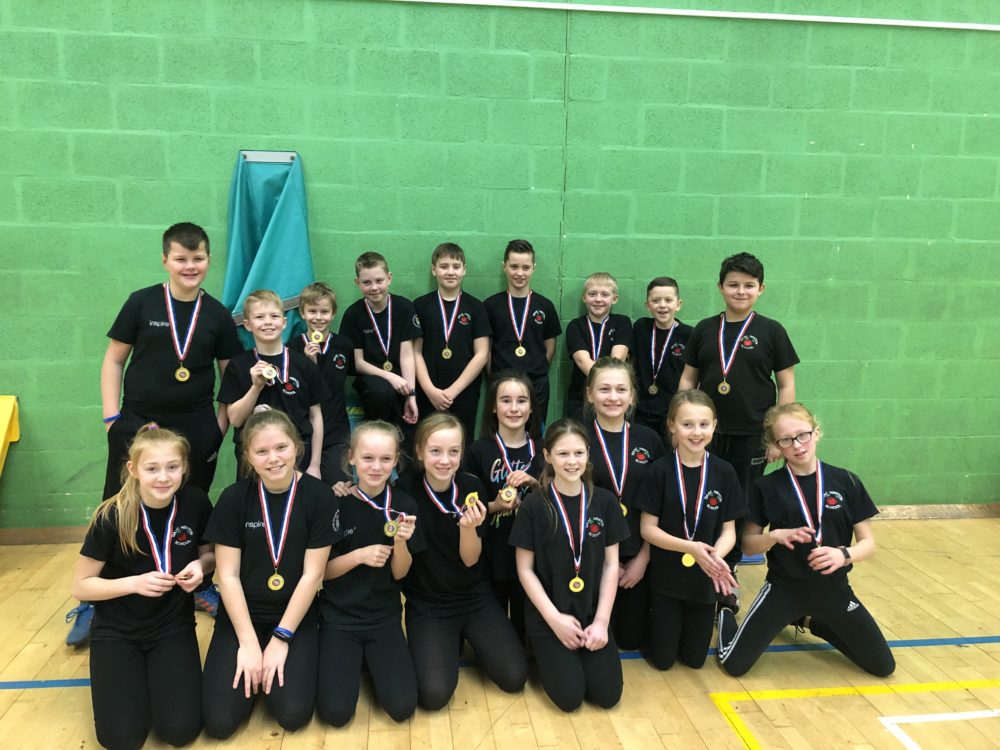 Isaac Newton Primary School will be the pride of South West Lincolnshire when they represent the area in the Indoor Athletics County Finals this summer. The school competed against six other local primary schools to win the Grantham and District competition, accumulating a mammoth 312 points in the process!

Participating in teams of 18, each child took part in two track and two field events each. These included sprints, obstacle races, triple jump, vertical jump, speed bounce, javelin and chest push with pupils scoring individual points based on their performance that contributed to an overall team score.

Ellie Atter, PE Lead at Isaac Newton, was delighted with the performance of her pupils. She commented, “This win is particularly special, as it is the first time Isaac Newton have won this event! The team will now go on to represent South West Lincolnshire at the County Finals in June. A huge well done to the pupils, they thoroughly deserved their gold medals and the PE Department are very proud of them.”