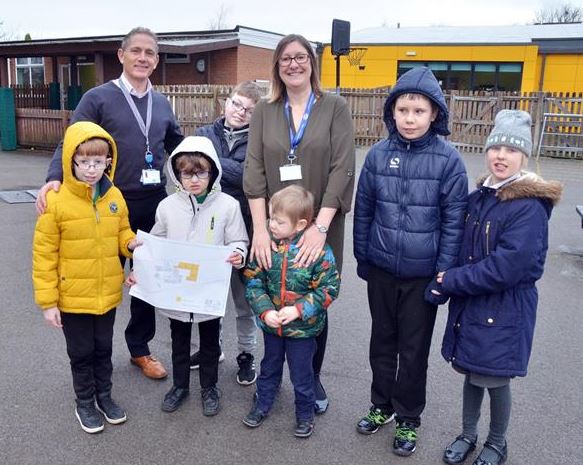 The re-modelling will be the first major work since The Garth School opened its doors almost 50 years ago. The work is scheduled to start in the spring.

Five new classrooms are planned (significantly larger than the existing ones) at the heart of the project, along with new therapeutic and specialist spaces.

Similar ambitious works are also planned for The Priory School in 2021.

Daran Bland, Executive Head of The Spalding Special Schools Federation (which incorporates The Garth and The Priory Schools), said: “Upon completion of the building works, the two schools will amalgamate to form one school, operating over the two existing sites.

“These developments and improvements will enable the school to meet ‘all needs’ for pupils aged between 2 and 19.

“This is a truly exciting time for specialist provision across Lincolnshire and a rare opportunity to take advantage of a significant capital funding offer from the local authority.”

The Garth School, Ofsted Outstanding in all six categories measured, caters for around 56 pupils.

“I think everybody’s very excited,” said Mr Bland. “Modern, airy, larger and well equipped classrooms is something that we are all looking forward to.”

Classrooms will also have break out/calming spaces for pupils who are having a difficult day or are in crisis.

Mr Bland said, “Build plans also include the addition of several new toilet and hygiene suite areas and the conversion of some existing classroom spaces into a ‘parent room’, a physiotherapy space and visiting professionals’ base.

“Outdoor play areas will be re-located to accommodate the extension and a new internal courtyard will form a feature of the expanded building to act as an external sensory space.

“The Priory School plans are not quite so advanced yet as this will form Phase 2 of the project, but initial designs include several new classroom spaces to replace some existing rooms that will be demolished as they are not ideal teaching and learning spaces.

“Re-modelling of the existing building is also planned to ensure the very best use is made of the space.

“The expanded Priory site would allow for us to include some primary phased provision on site.”

County special schools are in line for major improvements after a partnership including the county council, Lincolnshire Parent Carer Forum and Heads of special schools helped secure £50 million in funding.

Mr Bland added, “The Garth School was successful in securing a Condition Improvement Fund bid of just over £900,000 and this funding is contributing towards the local authority’s funding commitment.”