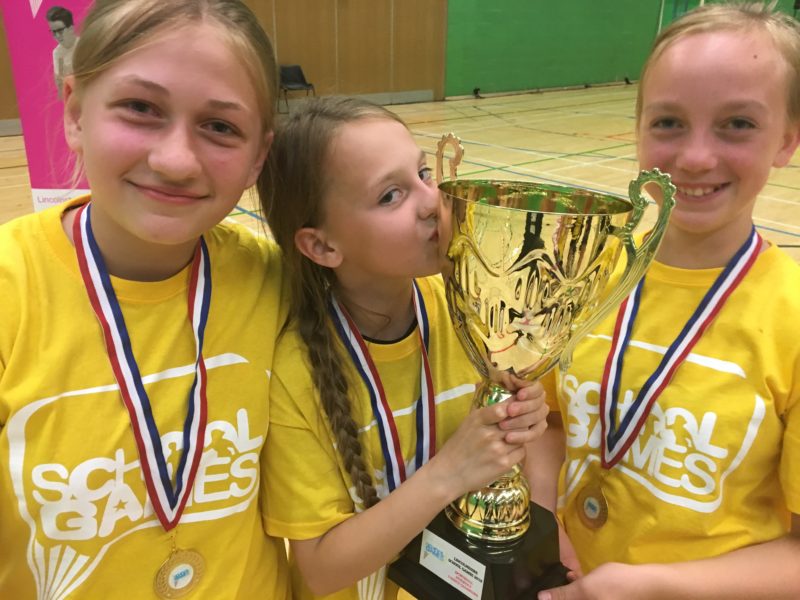 Isaac Newton Primary School celebrated becoming the Sportshall Athletics Champions of Lincolnshire when they won the County Games Finals at the Grantham Meres Leisure Centre. An achievement reaching the event itself, Isaac Newton were one of five C.I.T schools to take part across six different sports.

After a spectacular opening ceremony with introductions, dancing and all of the teams parading their own personalised flags around the South Kesteven Stadium track, each school team was divided into its respective event. The majority of the teams taking part had already won their regional competition earlier this year to make it to the County Games Finals against the top teams in Lincolnshire. 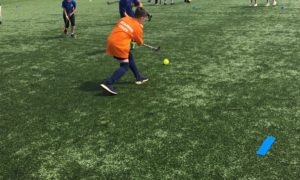 Caythorpe Primary School were part of the hockey tournament and grew into the event as the weather warmed up, doing their school proud with a series of competitive performances.

Over on the other side of the field, one of Isaac Newton’s two teams were taking part in the Tri-Golf. Each team had a set amount of time to score as many points as possible on a series of different stations, testing their putting and chipping techniques. After a nervy wait, Isaac Newton just missed out on the medal places. 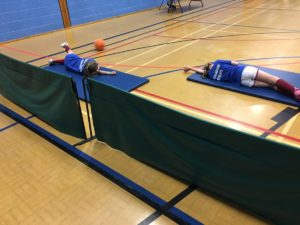 Like Isaac Newton, Chapel St Leonard’s Primary School also had two teams taking part in the County Games. A mixed team of Key Stage 2 pupils played extremely well in Goalball, an inclusive sport with teams of three that involves trying to stop a ball with a jingle going past you whilst players are blindfolded.

Around the corner were another Chapel St Leonard’s team who had made the long journey, this time representing their school and region in the New Age Kurling. Three wins in a row provided some momentum as the team started to land numerous stones in the target rings. They were eventually rewarded with a third-placed finish, taking home the bronze medals as the third best Kurling team in Lincolnshire.

As the competition heated up indoors, the temperatures on the track made competing challenging as a mixed team of Greenfields and Woodlands Academy pupils represented the area in the MLD Athletics. There was a great start for the schools, as they achieved two early silver medals in the intermediate boys 100m and 300m events.

As the boys and girls switched between track and field events, Greenfields and Woodlands started to work their way up the leader board. There was a bronze medal in the intermediate girls 100m event and two gold medals in the intermediate boys long jump and howler throw.

The team then concluded the competition with bronze medals in both the boys and girls relay races, finishing third overall for the entire event.

And the Athletics success did not finish there. Taking part in a series of running, jumping and throwing events under a vocal backdrop within a packed Sports Hall, Isaac Newton blew away the competition to win gold by over 20 points.

Accruing points for where you finish in each individual event, there were numerous top three placings for various students as they took home the prize of Lincolnshire Champions!