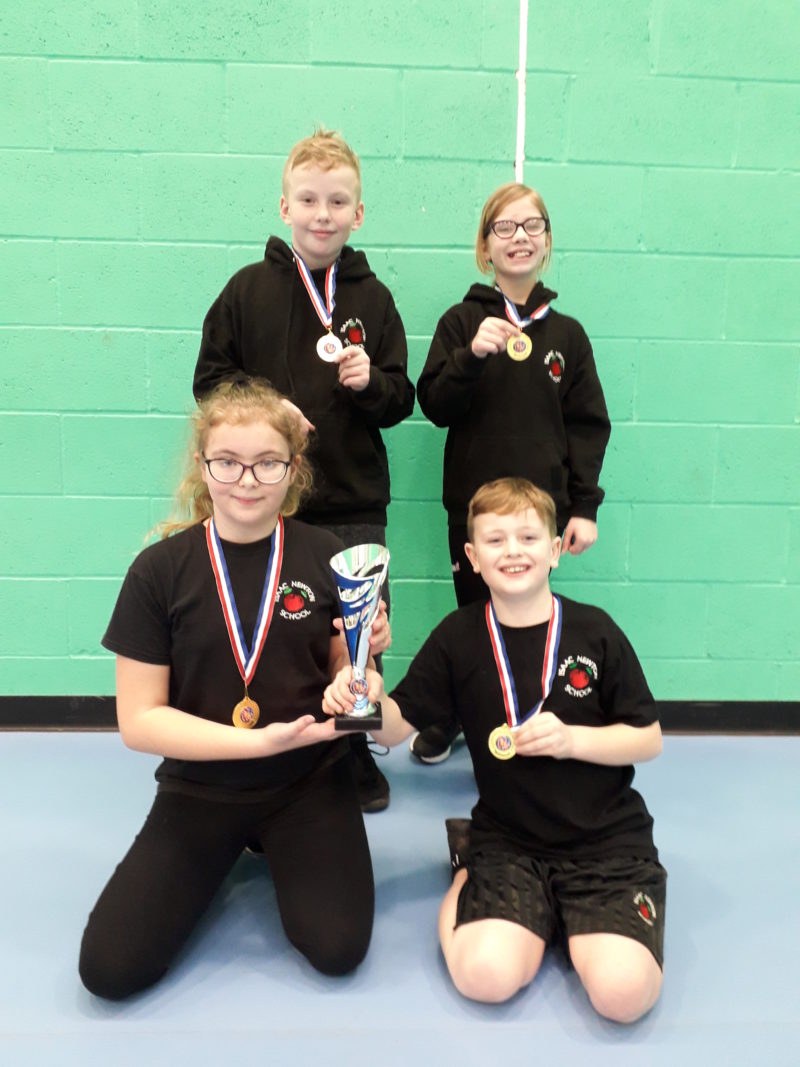 Seated Volleyball is an inclusive version of Volleyball. The rules are the same as the original form of Volleyball with the exception that players must be sitting on the floor whenever they make contact with the ball. The sport features a smaller court (10 metres by six metres) and a lower net.

Invented in 1965, Seated Volleyball became a full Paralympic event in 1980.

A team of four children went to the competition at Kings School following a series of practice sessions. The children picked up on the rules and techniques very quickly, winning all three of their matches! They were crowned winners of the tournament, presented with a trophy and medals and will now represent the Grantham area at the Lincolnshire County Games in the summer term.